Smurfism, as an elementary property of smurfs, is known to be highly contagious and can infect other species, such as as delphinus delphis, pongo borneo or homo sapiens. While no virus or bacterium has been found to spread smurfism, it matches current observation that it is propagated by brain waves, i.e. neural oscillations [1]. 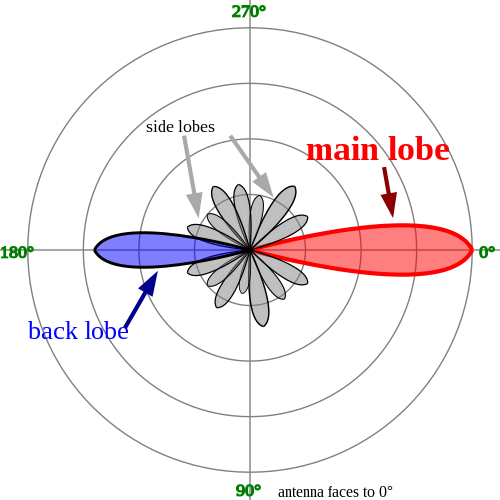 Smurfs are believed to be unique in their ability to bundle their brain waves, focus and send them into targeted directions, where they are measurable over a distance of several meters with circular polarized antennas [2]. In other species than smurfs, these oscillations can only be measured by electroencephalography (EEG) [3] in close proximity, i.e. few millimetres, of the brain, typically located in the head. The effect was first observed 1912 by Russian physiologist Vladimir Vladimirovich Pravdich-Neminsky [4].

The Common Smurf, i.e. in the initial phase of smurf metamorphosis [5], being cute and small, is extremely frightened of any animal which is able to display its sharp teeth.

Fear is a feeling induced by perceived danger or threat that occurs in certain types of organisms, which causes a change in metabolic and organ functions and ultimately a change in behavior, such as fleeing, hiding, or freezing [8]. The fear response arises from the perception of danger. It leads to confrontation with the threat, or escaping it, also known as the fight-or-flight response.

Teeth are hard, calcified structures found in the jaws of many vertebrates which use them to break down food. Some species, particularly carnivores, also use teeth for hunting or for defensive purposes [6]. Some animals develop only one set of teeth (monophyodont) while others develop many sets (polyphyodont). Sharks, for example, grow a new set of teeth every two weeks to replace worn teeth [7].

Anxiety is an emotion characterized by an unpleasant state of inner turmoil, often accompanied by nervous behavior, such as pacing back and forth, somatic complaints, and rumination. Anxiety differs from fear, which is a response to a real or perceived immediate threat, whereas anxiety is the expectation of future threat [9].

Now, with the smurf developing through its metamorphic stages, it learns to cope with the fear and relate it to realistic scenarios. However, an underlying anxiety remains. Often at its stage as the Little Blue Smurf, it might have experienced that not every animal with sharp teeth wants to hunt it, some of them can even be touched or cuddled. Some individuals of the Great Smurfel, in particular those with higher cognitive capabilities, have been observed to make physical contact with the teethed animal, intentionally, to demonstrate that they would have no fear anymore. Anyway, the specific anxiety remains unconsciously.

Objective measurements have demonstrated that a smurf experiencing any fear or anxiety is not able to focus its brain waves. The reasons of the fear might be manifold, and so is the period of non-focussing, called antifocality. Most studies have focused on the dental anxiety as described above, as its cause is easy to trigger, and its effect is verifiably measurable.

The important lesson learnt from the measurements is that not only the view of a real animal causes the antifocality, it is sufficient to show the smurf a symbol, image or model of the animal, or even just a single sharp tooth. This effect is called iconified antifocality. The duration of antifocality however varies, depending on the symbol. The table below shows the effect of typical animals and symbols and the reliable antifocal duration.

As it can be seen from the table, the more realistic the impression on the smurf is made, the longer lasts the antifocal effect.

The antifocal effect of certain animals showing their teeth, including symbols and images, can provide an effective protective measure against the propagation of smurfism. In contrast to immunisation strategies against viruses and bacteria, where every target individual has to protected, the antifocal mechanism works on the smurf itself. Thus, once triggered, all individuals in its proximity are protected.

Great care must be taken that the trigger becomes visible to the smurf within the first few minutes of proximity. As the effect of the focussed brain waves requires visibility as well, a carefully planned protective triggering can be managed without complications.

The following images show some examples of models and icons that can be used to protect against smurfism.

The first image shows a single shark tooth from Tahiti, which is known to protect for about 4 hours. It is camouflaged as jewellery so the wearer does not have to explain its purpose to unwitting persons.

The crocodile icon, manufactured by outdoor outfitter Edelrid, Germany, was designed for mountaineering purposes, so it is small but obtrusive to the smurf, brightly coloured and clearly indicating the teeth. It can be used as a keyring or attached to a climbing harness. It’s soft-rubber design does not cause any damage when the wearer has a fall in the mountains. While it only protects for about an hour, this might be sufficient for short sighting of a smurf.

A detailed model of a saltwater crocodile (Crocodylus porosus), with teeth exposed and a jaw that can be opened and closed, is manufactured by Schleich, Germany, as an effective artefact against smurfism propagation. The crocodile model (Article 14736) in this well designed form with 190 mm body length achieves more than a week of blocking the brain waves, thus it is perfect for people who are seen by the smurf in regular intervals and cannot wear a protection like the shark tooth or a small icon all the time. As a side note, the Schleich company also manufactures smurf models for educational purposes.

This crocodile model has been known as the best deterrent which does not require the use of animals alive. Also in animated form it is very efficient.

To Table of Contents
Sitemap